Had a fantastic time about two weeks ago at dubdubdeesee in San Francisco. First time at the West Coast and I’m completely blown away by the amount of amazing people and great time we had. This post is going to be a quick recap of my experiences along the way.

After not expecting to receive the scholarship by Apple at all, I unfortunately did not seem to qualify for Apple’s Travel Assistance, which meant I had to gather around ~1.5k€ for an unexpected and very sudden trip to San Francisco. Everything worked out though and I can’t say I’d regret even a moment of it all!

My flight went on the Saturday before and because I booked the cheapest flight possible at such a late time I only had a 10-hour layover in Munich 😅 Wasn’t quite as bad though, my parents live close by and we went for coffee and lunch in the city.

Arriving in San Francisco at 6 pm local time I was picked up by two friends, Ben and Micha, who also came to town for WWDC from Dresden. They had far better flights though without layovers like mine, so they left later, but arrived earlier 😄

We three spent the next day exploring the most known parts of the city. Had a look at Golden Gate from pretty much every angle, went to Fisherman’s Wharf and Coit Tower1 to name a few. 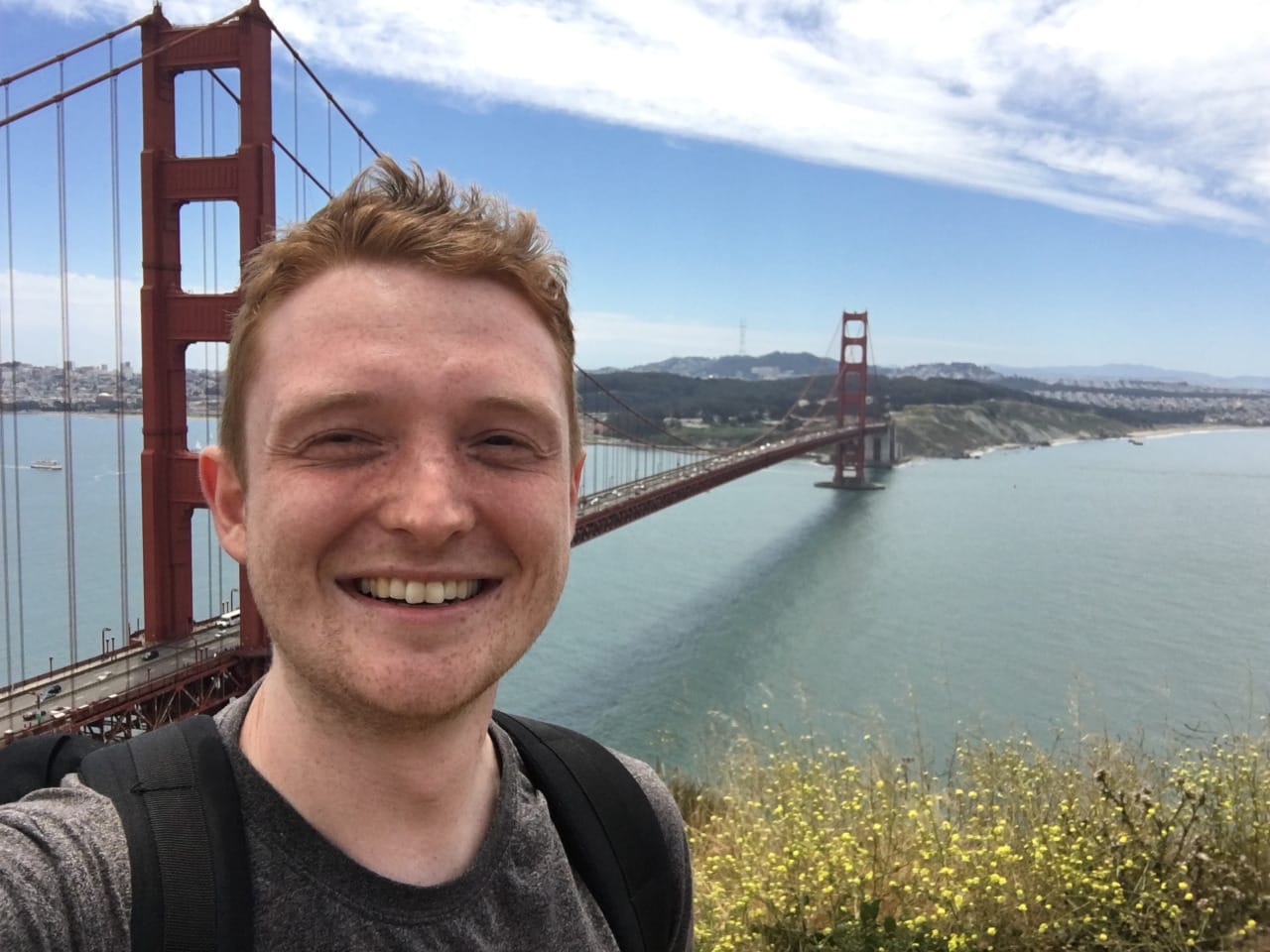 Ending the day we headed over to Twin Peaks for the sunset, where the view of the city was amazing! Only downside: It was freakin' freezing! We all had no idea that California even got this cold… No wonder Apple hands out jackets to WWDC attendees. 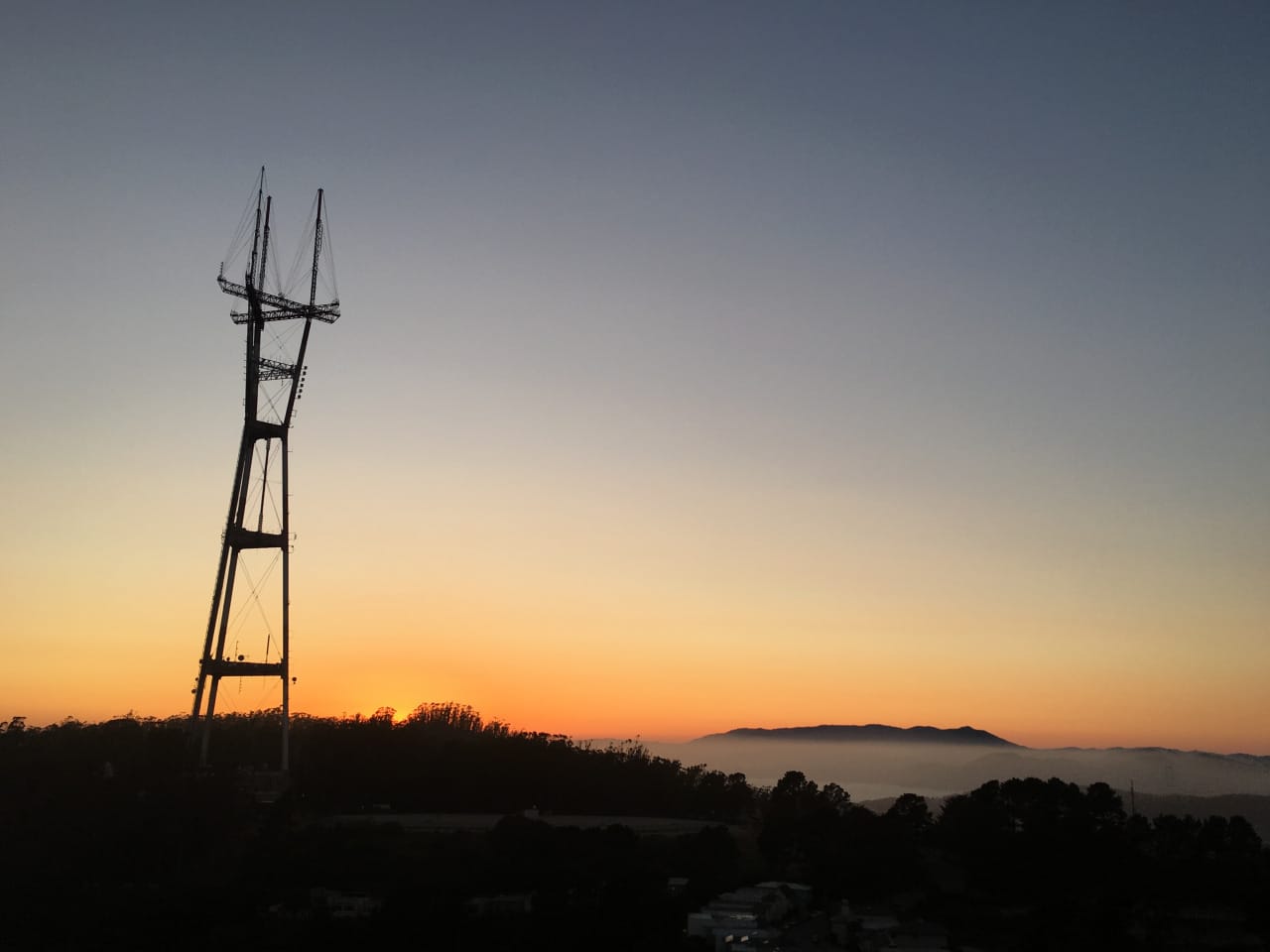 I spent most of Sunday at the scholarship orientation that Apple had planned. There were a few interesting talks, lots of time to socialize with other scholars and some Apple employees and for those interested some dedicated selfie time with Tim Cook. I chose to skip that, the crowd was far too intimidating.

The best part was definitely meeting the other scholars and chatting about their backgrounds, projects and other shared interests. The apps some people built for the scholarship were seriously mind-blowing! I definitely had a great time there!

Here’s a pic Apple photographers apparently took of Maria, Gustavo and me taking a selfie 😁 The image is straight out of the current version of the official WWDC app. The other pictures in the galleries there are also worth a look!

Monday was keynote day. Woke up and walked to Bill Graham with Micha at around 5 am. We didn’t want to get up too early since the venue was far bigger than Moscone West the previous years. We were confident that 5 was early enough to get fairly good seats. Turns out though that some Apple employees did their best to round up all scholars though and we got in a bit early and had fantastic seats right up in the in the first three rows at the front left and right. Micha also had a great seat though, Apple’s decision to go with Bill Graham seemed like a very wise choice, it’s a huge place. 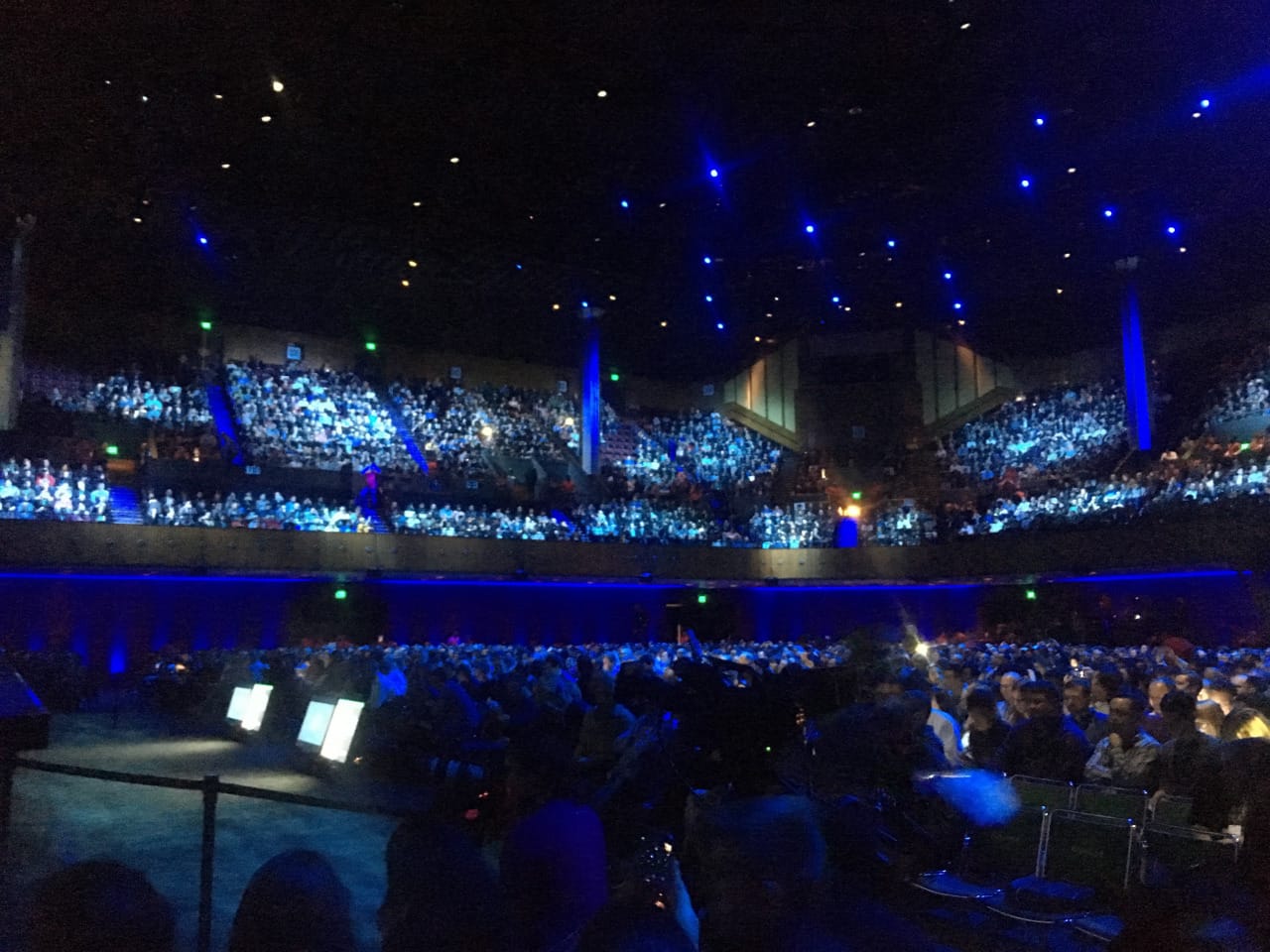 I don’t have a lot to say about the Keynote or Platforms State of the Union though. Their content is pretty known around the globe by now 😉 I’m just extremely excited to be using the announced features in my OS' as soon as possible and can’t wait to build stuff against the new APIs.

The rest of the week at Moscone West was just as great. We definitely had a blast in the sessions and just as much in the labs talking to some Apple engineers about the frameworks we’re using and some best practices. Just the atmosphere of having hundreds of developers around me interested in the same topics and building similar things was fantastic! There’s not much similar to how much that gets you motivated! 🤗

Our evenings were mostly spent at parties hosted by the great people at Twitter, Microsoft/Xamarin, Mapbox, Lyft and Realm amongst a few others. I especially enjoyed the 1.0 launch party @ Realm HQ! Didn’t stay all too long though, since we at least wanted to check out the WWDC bash at Bill Graham as well. Didn’t expect such a big concert and I loved the food there!

Here’s a few of us at Realm HQ. From right to left: Bilal, Fabian, Ben and me. 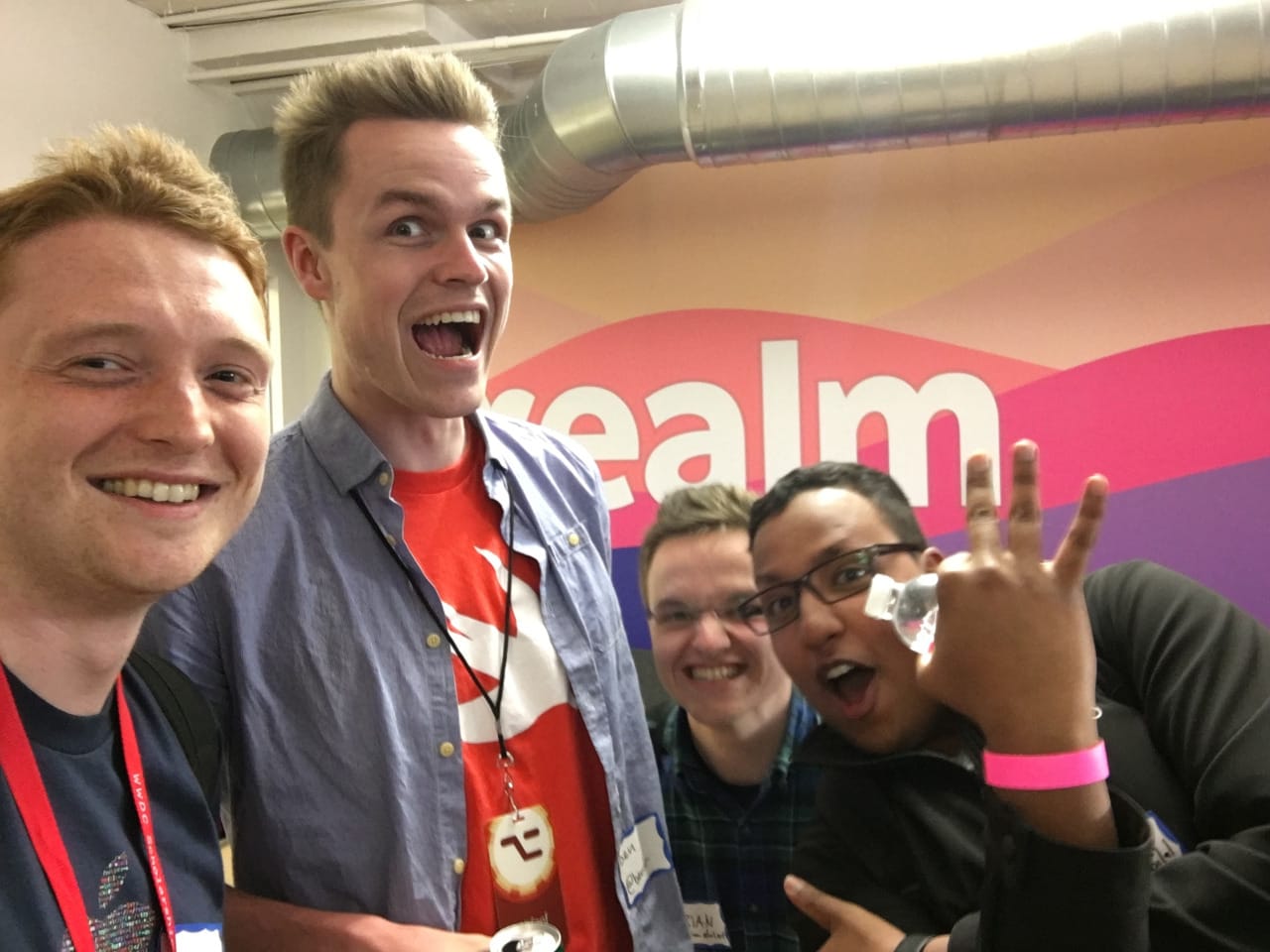 We (Ben, Micha, Fabian and I) took off on Friday afternoon driving a few miles south visiting Facebook HQ (with a great tour from Max!2). Somewhat blown away by their campus to be honest! I was expecting a bigger building but not around 20 of them with all kinds of activities strewn throughout. As much as I despise the platform itself, it seems like an awesome place to work!

Also went by Apple HQ @ 1 Infinite Loop and Google HQ. Unfortunately no tours at both of them, but it was fun walking by nonetheless. Maybe next time? 😁

My last day in the area (Saturday - the others were staying until Tuesday) we (this time it was Ben, Micha, Matt, Max (not the one from FB) and me) spent in Yosemite, a seriously beautiful national park! Great weather and gorgeous views! Had a bit of bad luck though, because Obama and family were also here hiking, so there were a lot of people and we didn’t quite get to see everything we came for. Nevertheless definitely worth the 3-hour car ride though! 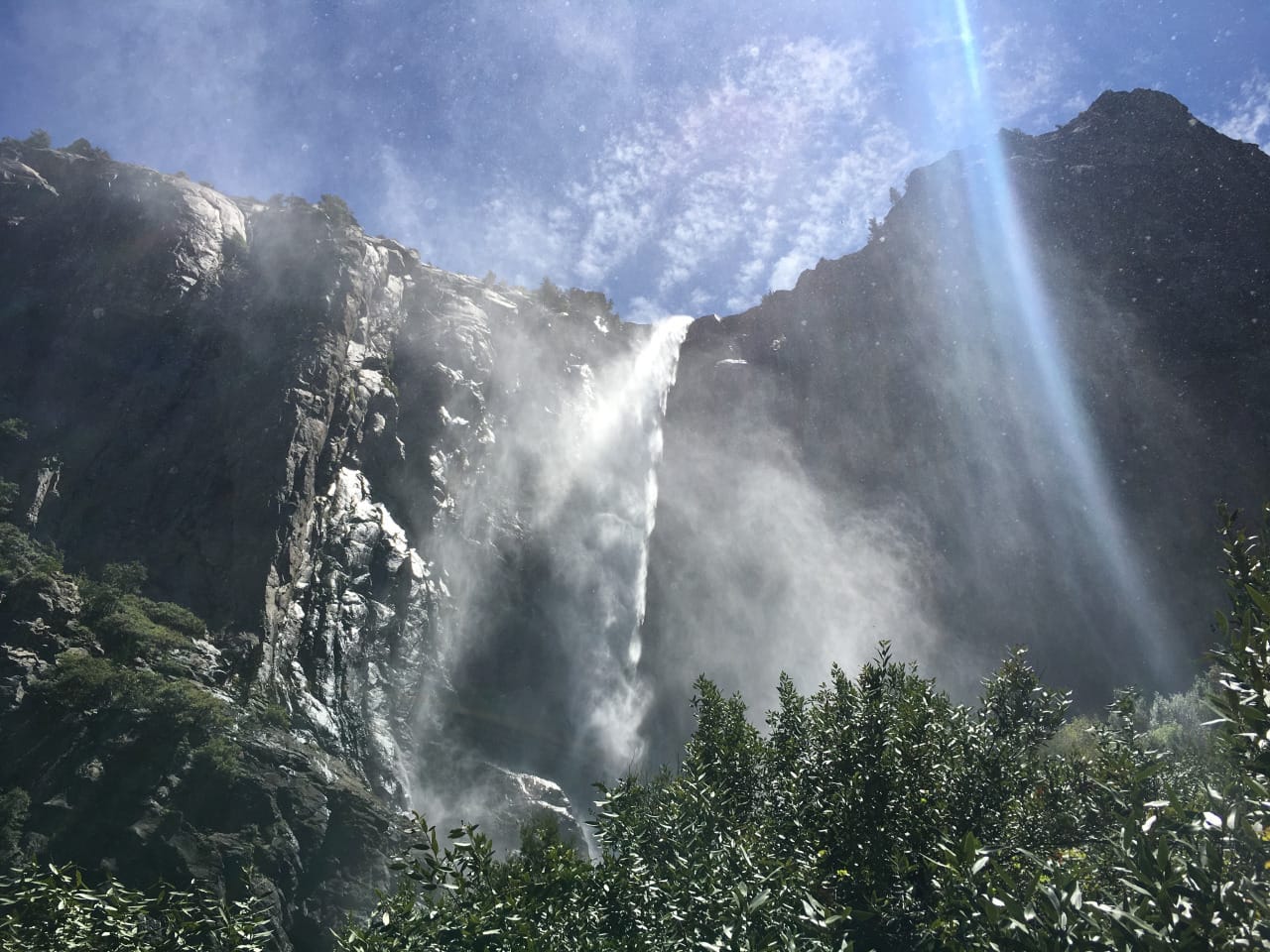 And that’s pretty much it for my rather short overview of the week. As said before, we had a great time and I’d like nothing more than to be right back here in a year. Let’s see if I can make that work!